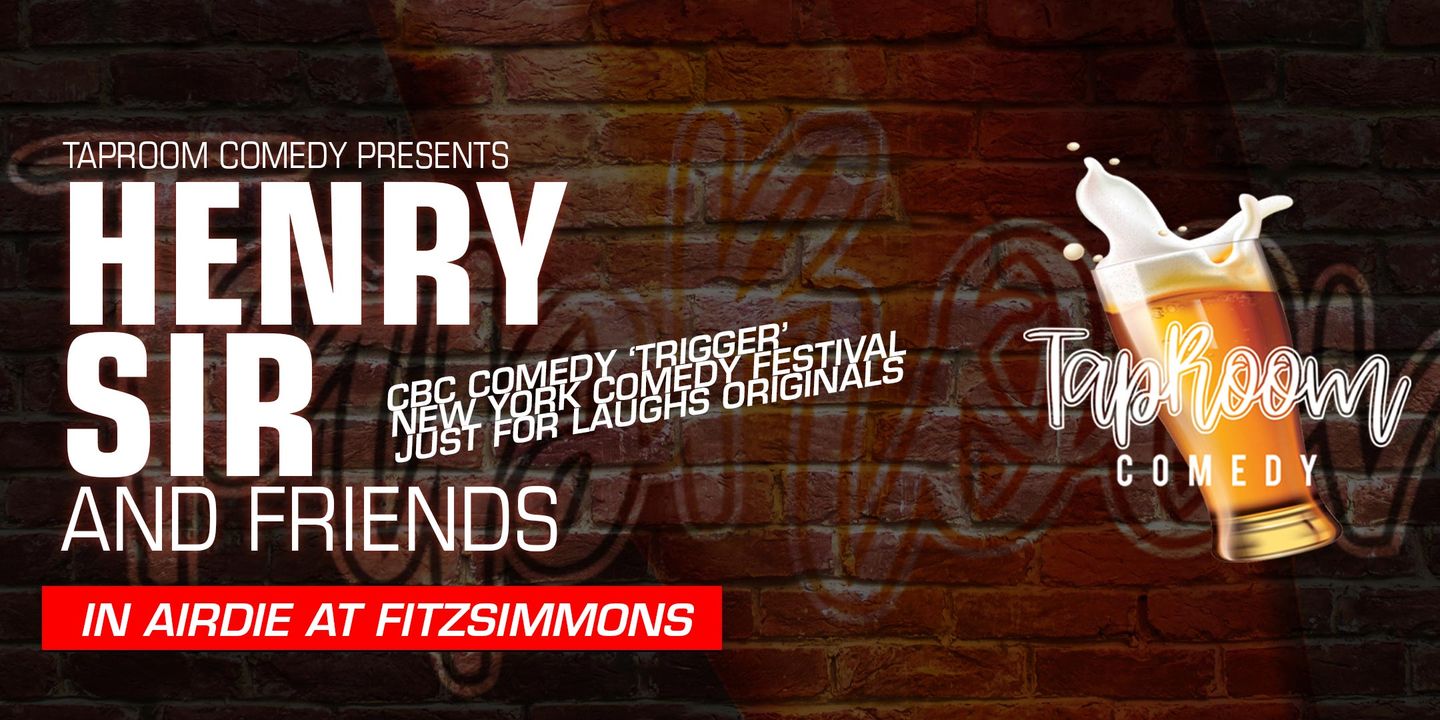 NOTE: Tickets are being sold individually. This event is set up for Tickets for both nights. You can select the night that you want.

The venue is participating in the Restrictions Exemptions Program, so proof of vaccination status is required.

This show’s original headliner was Ola Dada. Unfortunately, due to a bout of covid, Ola can’t make the trek from Vancouver for the show. We will rebook Ola for a future date. Never fear, we have the extremely funny, Henry Sir stepping in. Henry Sir is an All Canadian basketball player gone comedian, actor, and writer. Henry wrote and starred in the CBC featured comedy “Trigger”.

As a stand-up, he has performed all over North America for festivals and clubs alike, including the New York Comedy Festival and Just For Laughs Originals. Henry was named a Breakout Artist by Caroline’s on Broadway, part of the Hollywood Laugh Factory’s 2020 Fresh Faces, and his first album, Chalant, which debuted at #1 on iTunes, is available on all streaming services and regularly played on JFL Canada, Raw Dog Radio and Laugh USA.

Opening for Ola is the always hilarious, Bryan Moxon!