Funds from the Government of Alberta’s Heritage Preservation Partnership Program (HPPP) will be used towards the restoration of Airdrie’s Nose Creek Bridge.

The HPPP provided $29,050 worth of funding that directly replaced damaged wood required for the bridge restoration completion. 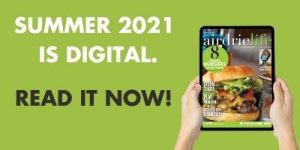 The 1928 Nose Creek Bridge to the Elevators is nestled between 1st Ave NW and Railway Ave SW and was originally intended to be Airdrie’s downtown core as “all roads lead to the station.”

“The 1928 Nose Creek Bridge to the Elevators is a vital component to the Airdrie landscape and funding provided from the Government of Alberta’s Heritage Preservation Partnership Program ensures that we were able to restore this landmark into a beautiful footpath that connects Airdrie’s parks and pathways while preserving pieces of Airdrie’s rich history,” says Michael McAllister, community developer for the City of Airdrie.

“As Airdrie continues to grow, the conservation of landmarks is incredibly important.”

In July 2019, City council passed a bylaw protecting the bridge as Airdrie’s first Municipal Historic Resource. It is the last remaining structure associated with the railway station grounds and grain elevators in Airdrie.

In 1928, the Nose Creek Bridge provided a new route to the grain elevators that once stood at the station grounds directly southeast of the bridge’s location. The Nose Creek Bridge continued to link the south and north sides until 1983, when it was closed to vehicular traffic.

By the late 1980s the reservoir had been filled in, the elevators closed and the road west from the south siding was removed. In 2000, the final demolition of the last two Alberta Wheat Pool elevators marked the end of the 20th century landscape around the railway at Airdrie.

To learn more about the history of the 1928 Nose Creek Bridge to the Elevators, click here.

After about three years of planning, procuring and construction, an important resource for women trying to escape abusive relationships has finally opened.

With measures still in place to keep residents safe during the COVID-19 pandemic, the City has decided to postpone its annual airdrieFEST celebration until further notice.

Two of Airdrie's best known non-profits are gearing up for golf tournaments that will raise some much-needed funds for the organizations.