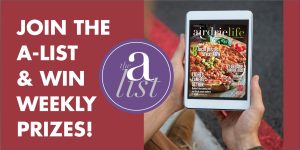 More than that, French schooling provides both academic and life opportunities that may not be available for those who speak only one language.

Here is an in-depth look at a number of French schools in Airdrie and feedback from parents whose children are thriving in the environment.

This preschool opened in 2013 and offers programs for three- and four-year old children.

“We believe young children learn best when learning through play, at their own pace and in their own way,” says Jackie Astrom, owner of the preschool.

“We offer active, multi-sensory learning in a French environment suited to every child. Students will learn the French language and learn in French through songs, games, and stories.”

Astrom lists the benefits of a child learning a second language at an early age as:

The school consists of three teachers including Astrom and has 57 students between three classes.

“Starting at this young age is great because not only do our students have young and flexible brains, but we can have so much fun with French at this age,” she says.

She adds that the preschool is geared towards families where there is no French spoken at home.

Erin and Ryan Doull have sent both of their children to École des Petits Amis French Immersion Preschool for their early education and the couple says they were hopeful the challenge of taking on a new language at an early age would provide developmental benefits that they may not have acquired otherwise.

“We are certain that it was a positive way for them to begin their educational journeys, and that they now have a more solid base from which to build and grow,” says Ryan.

According to the École Francophone d’Airdrie website, bilingualism is an invaluable advantage that will benefit a person throughout their life.

The school includes kindergarten to Grade 12 and has about 445 students.

Ecole Francophone d’Airdrie principal Céline Tassé has worked at the school since 2007 and she says the school primarily teaches the French culture and identity to children whose mother tongue is French.

“We are a small school, with a small community and friendly atmosphere,” Tassé adds.

“(Our school motto is) to know each other, to understand each other and to respect each other.”

The francization program at the school is intended for predominantly anglophone children. It allows them to acquire the language skills necessary to function in a French-speaking school and to fully integrate socially and culturally as French-speaking citizens in their community.

“Francization is offered in an inclusive environment, inside the classrooms,” says Tassé.

“The teacher adapts his teaching strategies according to the level and needs of the students.”

Yanick Harrison has two children in École Francophone d’Airdrie in Grades 6 and 8. He says the school gives his children more than just a leg up from an education standpoint – it provides them with a community.

“Being in a minority environment, the school is the central point of our community,” he says.

“It allows members of our community to be involved in activities that we wouldn’t have otherwise.”

“I was provided the gift of language acquisition when I was growing up and it opened up so many professional opportunities and new friendships, and enabled me to travel with confidence,” says Jocelyn Littlefair, principal of AE Bowers, who was brought on board in 2016 to support the successful infusion of a French Immersion program in the school.

“I wanted to pass the gift I had been given on to other children and it was exciting and exhilarating to create a community together.”

The school has about 450 kindergarten to Grade 5 students and started out as a “dual track” school.

“We are proud to share that we are one community and one inclusive school environment that honours the learning journey and the learning path of every child,” says Littlefair.

According to the RVS website, Rocky View Schools French Immersion programs work within the bounds of Alberta Education’s approved curriculum and immerse students in the French language and culture through classroom instruction. In kindergarten to Grade 2, students are instructed mostly in French. More formal English instruction is incorporated in the program at the Grade 3 level to Grade 12 level. Extra-curricular activities, including music, theatre, and dance, create a well-rounded experience for French Immersion students.

“There is no doubt about it, language builds brains,” says Littlefair.

“I want families to know that French Immersion is for anyone. It is an environment where all children can thrive.” 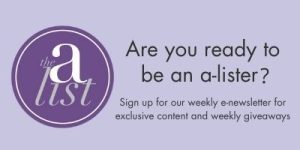 Missing Stampede? How to celebrate with your family at home

If you are missing the Calgary Stampede and all of the rootin’ tootin’ fun that comes with 10 days of rodeo and midway, you are not alone. There are many ways that you can celebrate the Calgary area’s Cowtown culture right in your own home.

Two local organizations asking fore residents to sign up for their events.

Despite the COVID-19 pandemic, most Airdrie residents rate their quality of life as “good” or “very good.” In fact, according to the City of Airdrie’s annual Citizen Satisfaction Survey, 93 per cent of respondents rated their overall quality of life as high, up one per cent from last year.