DREAMCATCHER: A Night of Art, Culture and Inspiration

On Jan. 26, the local arts and culture community came out to the Bert Church Live Theatre to honour their own at the 2019 Airdrie Mayor’s Night of the Arts (AMNA) Awards presented by TD. Guests were treated to DREAMCATCHER: A Night of Art, Culture and Inspiration. Beginning in the lobby with indigenous-inspired hors d’oeuvres by Aahksoyo’p Indigenous Catering and desserts by The Avenue Cakery and Bakeshoppe, inspiration was found throughout the evening. 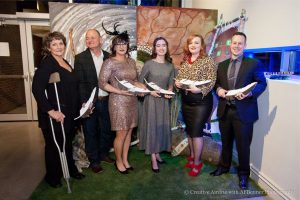 The lobby was alive with the sounds of traditional hand drumming performed by members of the Blackfoot, Cree and Métis nations. A traditional teepee, artifacts and art were also on display.

After a traditional blessing, there were performances by indigenous hoop and fancy dancers, Métis jiggers, fiddlers and hand drummers. In addition to the indigenous artistry, music and dance numbers were performed by the Midnight Mustangs from George McDougall High School led by Jordan Harris, McKee Music, Star Bound Dance and joining the grand finale, committee members Daniel Fortier and Tina Petrow. 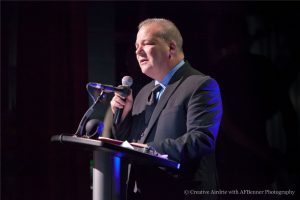 The awards were adjudicated by out-of-market arts professionals Sandra Sutter, Louis B. Hobson and Merrilie Stonewall.

The 240 plus guests had a great night according to enthusiastic attendees like Dr. Natalie Graham-Long; “It’s the best night out in Airdrie. For a good price you get appetizers, a dessert bar, coupled with an incredible variety show. Every year outdoes the previous year with the quality of talent showcased. This year they upped the ante by lighting the entire theatre in a Northern Lights glow.” 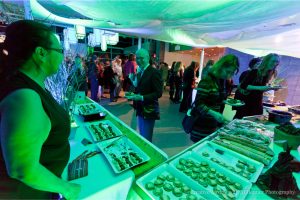 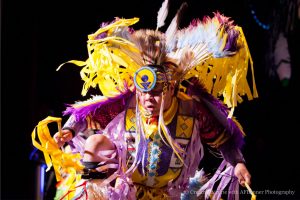 The City of Airdrie 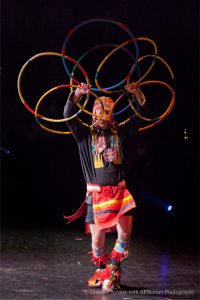 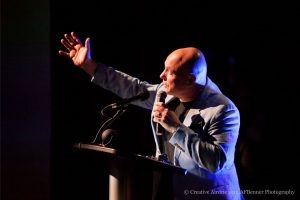 For more information on the awards, visit amnaawards.com

Here is a list of things to do this holiday season!

This year’s 2017 SLAM on AIR songwriting competition finale on Sept. 16 saw Calgary’s indie rock band Stricken One take top spot. From the first power chord it was obvious they were different.

Airdrie artists found solace, inspiration and sometimes a new passion during the slower pace of the lockdown months. We invited artists to share work they created during this time.