He shoots, he skis

Less than six years after a fateful introduction to biathlon at WinSport in Calgary, Thomas Hulsman has repeatedly topped the nation.

“It pushes me hard,” says Hulsman. “It makes me work hard [and] keeps me out of trouble.”

He loves the duality of skiing and shooting.

He’s taken a quick path to being a certified coach, having spent summers since 2015 training those following in his footsteps in the Foothills Nordic Ski Club’s beginners group.

Rifles weren’t foreign to Hulsman at the age of 12. He had already begun training his eye while hunting with his father.

His parents, Steve and Christi, also introduced him to hockey as a preteen, where he learned a form he would adapt to skis.

That stride and shot have earned the lean five-foot-11, 130-pound biathlete plenty of hardware.

In the 2017 Canadian Biathlon Championships in Canmore in March, Hulsman won gold in the youth men’s 7.5 kilometre sprint and the 10 km individual race. He also earned silver in the 10 kilometre pursuit, and bronze for the province in the 3×6 km relay.

In the 2016 nationals in Quebec, he earned silver in the 6 km sprint, the 7.5 km pursuit and the 7.5 km individual. He also won gold in the mixed relay.

In 2015 he won a gold and two silver medals at the national event in Hinton, his current favourite course.

Hulsman made his world debut in February in Osrblie, Slovakia, for the 2017 International Biathlon Union Youth/Junior World Championships.

As he leaves high school behind to train full time, his goals as an athlete are clear.

“I want to go to the Olympics,” says Hulsman. “I’m pretty sure that’s everyone’s goal in sport.”

After high school graduation in the spring, he moved to Canmore to train full time at the Canmore Nordic Centre, where he has been honing his skills for about nine hours a week for years.

“Training [was] a challenge this summer,” says Hulsman. He had a respiratory infection for most of July. Then Team Canada lost biathlete coach Richard Boruta in a tragic climbing accident on Aug. 9.

His training season included a third-place finish in the junior men’s 10 km sprint, racing up a level among 19- to 20-year-olds in the North American Summer Championships in Canmore on Sept. 10.

Hulsman is a grateful youth.

“I’ve got some pretty good teammates,” he says. “My parents are awesome, they support me. My coaches are amazing. All my sponsors are awesome.” 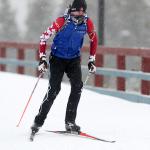 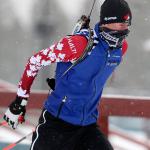 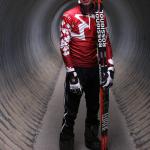 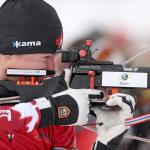 Heather Clifford is determined to end period poverty in Airdrie.

It’s a municipal election year in Alberta and as the big day approaches for us here in Airdrie, there are a few things each voter must keep in mind before they head to the polls.