24 Hours – Behind the scenes of Airdrie Urgent Care

Lives are helped and sometimes saved day and night in Urgent Care at the Airdrie Community Health Centre.

A 12-hour Sunday night shift starting at 7 p.m. on June 25 through Monday morning changeover proved the community is appreciating 24/7 access to health care since doors opened round the clock in April.

An influx of patients at 8 p.m. led to wait times similar to what Calgary hospitals were experiencing the same night.

Staff formerly stayed until the last patient was cared for, sometimes as late as 3 a.m., but now patients don’t have to race the clock, wait until morning or drive to Calgary.

The Sunday saw 115 patients in 24 hours, slightly less than the record of 135. Since opening 24/7, the facility has seen about a 30 per cent increase in the number of patients.

Charge nurse for the night RN Deb Salmon noted more patients are coming from Calgary, and explained it’s a good thing as it frees up space in emergency rooms at Calgary’s hospitals for patients with greater need.

To help handle the influx of patients in Airdrie, additional nurses and a paramedic have been added to the night shift.

Several medical staff cared for patients throughout the night June 25, treating dozens, including suturing a boy’s head wound from a soccer collision, casting a toddler’s arm due to a buckle fracture from a fall, and checking a 75-year-old man’s blood pressure after a reaction to antibiotics.

A triage nurse assessed patients as they arrived, prioritizing care based on how sick individuals were.

She welcomed the added peace of mind from continual access to local health care.

“In the night time is when a lot of things happen with little people,” said Luella. “We’d be having to drive to the [Alberta] Children’s Hospital in Calgary instead of coming here, which is five to 10 minutes away.”

Young Grey played on the hospital bed in his bright green pajamas while his mom recounted how he came downstairs from his bedroom earlier in the night. He couldn’t say two words without catching his breath and had a deep cough.

“He’s been very well taken care of here,” said the mother of two.

Salmon said about 40 per cent of the facility’s patients are children. She advises parents utilize the website ahs.ca/heal for more information about symptoms, how to care for children at home and when to seek medical care for common minor illnesses or injuries.

Salmon said Health Link is another great resource for people to assess their own state of health. It is accessible online at MyHealth.Alberta.ca, or by calling 811.

Urgent Care has beds for 13 patients, plus staff monitors the state of patients’ health in the waiting room and triage lineup. Arrangements are made with Calgary hospitals through the Referral, Access, Advice, Placement, Information and Destination (RAAPID) system to get patients to their optimal destination for treatment.

Staff is friendly, and if you ever catch them typing on their smart phones, Dr. Ania Cormack reassured they are likely using medical apps to help serve patients.

“[We] can resuscitate, intubate, stabilize and put in chest tubes, and if we can’t get an IV access, [we] can drill into their bone to get fluids in the patient’s body,” she said.

“A lot of the general public would have no idea of some of the acuity we see here.” 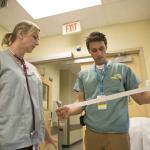 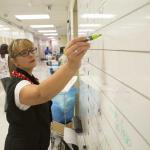 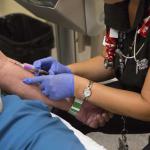 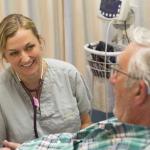 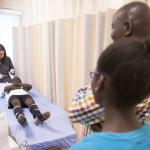 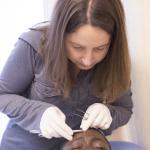 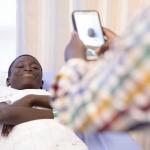 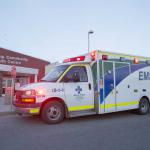 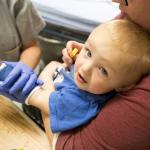 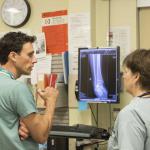 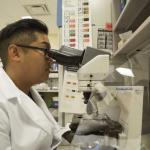 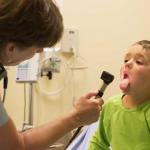 Get Social and Connect with us!

MyAirdrie is a unique online platform built specifically for our residents in Airdrie. By creating an account, you gain access to real-time information on utilities, taxes, animal licenses, business licenses and so much more.

The idea was to create a space where people from all walks of life could gather outdoors to learn about growing food by getting their hands dirty – and eventually enjoy the fruits of their labour.

Seniors Services strives to ensure that all basic needs are met!