Women throughout history have been, by and large, relegated to footnotes. There are multiple examples of women being amazing, however they are more often used as examples of atypical behavior, not the norm. However, if we could look through the eyes of women in history, I believe our story would be told differently. It may not be the swashbuckling stories of pirates or the heroic deeds of a WWI pilot, but given the constraints society placed on women – what we’ve managed to achieve is nothing short of amazing. 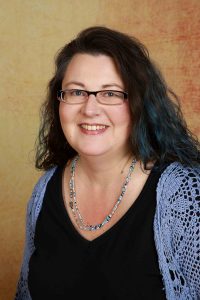 It was 1918 when women gained the right to vote, only in 1929 were women acknowledged to be persons and it wasn’t until 1960 that First Nation women were given the right to vote.  Despite not being considered people, and despite not having a say in how their country was run, women still made their mark.

In Alberta, women were resilient and resourceful with their survival on the unsettled prairie. Whether women lived in a village surrounded by other people or out on the wide-open country, they were essential partners in building their surroundings. Women brought another level of ‘settling in’ to the wide-open country. They were leaders, helpers, mothers, wives, teachers, homesteaders and more.

Local women were instrumental in the growth and development of their hamlet into a village and town and then city. They took ownership in their village by helping to shape how it would look. They did all this without electricity or indoor plumbing; they did this while their husbands were away in another part of the country – earning money. Women did this while growing a garden, tending the livestock, taking care of their children, keeping the house and attending church and social events. Pioneer women set the tone for their future generations to follow.

Farm women would have the same duties as town women, however at harvest the women’s job was increased along with all the other chores that had to be accomplished. Harvest meant a working crew, which meant that the women would have to cook and serve a meal, three times a day, for 20 or more people.

Airdrie women have always been strong, independent visionaries. The role women carved out for themselves in the everyday life of Airdrie – their influence and message – is easy to see. These women paved the way for our lives today; the ease of our lives today was created from the sweat on pioneer women’s brows. They survived so we could thrive.

Laurie Harvey is curator at the Nose Creek Valley Museum

Just a couple of kilometres north of where the blacktop ends on 24th Avenue northwest of Airdrie is a group of students getting back to their roots.

Filipinos everywhere know that food brings people together. And it’s no different here in Airdrie – where the Filipino community and culture continue to grow.