If you’re a beer drinker, you might not realize it, but a 2013 change in Alberta Gaming and Liquor Commission (AGLC) licensing policies opened a whole new world of beers to you. That very same law also helped Airdrie lay claim to its first microbrewery.

Opened in November 2017, Fitzsimmons Brewing Co. is owned by Pamela Jarosz and husband Cody Fitzsimmons. For many years the two had had a passion for microbrewing, with Fitzsimmons concocting homebrews in the couple’s condo. At the time however, the AGLC required that all Alberta brewers produce at least 500,000 litres per year – the equivalent of 10,000 50-litre kegs or 900,000 20-ounce pints in order to obtain a license. The production requirement was such that it made startup costs prohibitive.

In December 2013, the AGLC announced it would be eliminating the minimum production capacity requirement for Alberta brewers.

The result? According to the AGLC, in 2013, Alberta had 20 licensed breweries. By early 2018, there were 72. One of which is Fitzsimmons Brewing Co.

Prior to the licensing change, microbrewing in Alberta seemed unattainable to the pair. Fitzsimmons went on working as a plumber and Jarosz in disaster management.

“The AGLC changes got us thinking about opening a microbrewery again,” explains Jarosz. “By 2015, we started researching the market and looking for the perfect location.”

Eighteen months later, they settled on a location in Airdrie’s industrial sector, across from East Lake.

“Airdrie seemed to be an incredible young market that no one was paying attention to,” says Jarosz. “It has a fairly large population, its residents are young, but no other brewer was setting up shop in the community.”

Named after Big Hill Springs Road, Big Hill Blonde is a light, fresh and crisp blonde ale with subtle hints of citrus. Meanwhile, East Lake Amber, named after the lake that faces the brewery, is a rich, flavourful amber ale with a unique whiskey finish.

To develop these complex and flavourful beers, Jarosz and Fitzsimmons hired Allen Douglas, a professional brewer who had previously worked with Big Rock.

When brewing Big Hill Blonde, Douglas brings a blend of toasted barley and wheat, and a locally sourced two-row barley, to rest four times, each time at different temperatures. In other words, he brings the mash up to a specific temperature, stops it, lets it rest and then repeats this process a total of four times. With every rest, enzymes are activated in the grains, causing them to break down and release their sugars, flavour and colour.

This unique four-rest process, albeit time intensive, allows Big Hill Blonde to develop a tremendous amount of flavour while still remaining light and crisp. The forefront, or initial, flavour is that of the two-row barley. On the back end, one can taste toasted barley, wheat and citrus.

East Lake Amber, an ale, gets three rest cycles. It is brewed using a red rye that Fitzsimmons loves.

“I practically eat this rye as though it were candy,” he says. “I can really taste it in the East Lake Amber. It gives the beer a wonderful caramel-like taste on the forefront and then a whisky finish on the back end.”

All Fitzsimmons beers are unpasteurized, unfiltered and naturally carbonated allowing them to keep their complex yet subtle flavours. The natural carbonation that occurs in all of the company’s beers yields a rich, creamy natural bubble. Many commercially brewed beers use forced carbonation, which Jarosz says creates “big carbonated bubbles that bite.”

While Fitzsimmons is available at liquor stores throughout Airdrie, residents may want to take home one of their 32- or 64-ounce growlers. Poured straight from the tap, growlers are ceramic or glass jugs used to transport draft beer. As microbreweries continue to multiply across the province, the use of growlers is growing in popularity.

“Growlers are the freshest way to enjoy our product,” explains Fitzsimmons. “Just keep in mind that they are meant to be enjoyed the day or two of being poured.”

For Jarosz and Fitzsimmons, the future looks bright. They’re finally able to pursue their true passion of owning a microbrewery. Airdrie residents are pretty happy, too; businesses like Fitzsimmons Brewing Co. are transforming the city into a truly unique community.

“With the increased trend of microbreweries in Alberta, it’s exciting to see Fitzsimmons Brewing Co. be the first to enter the Airdrie market,” says Kent Rupert, team leader with Airdrie Economic Development. “A business like this allows Airdrie to continue to diversify our business community, and with the industry growing at about 30 per cent a year, I’m sure we will see more arriving in Airdrie.

“Microbreweries like Fitzsimmons bring a unique and fun culture to the city,” adds Rupert. “It’s an industry that, while competing with each other over market share, (has businesses) willing to assist and help each other out, all for the love of beer.”

Fitzsimmons’ tap room is open Wednesday through Friday 3 to 8 p.m., Saturday noon to 8 p.m. and Sunday noon to 5 p.m. The tap room and game room are available for private events and can hold up to 100 people.

May: Roasted Pineapple Sour – This sour ale will be infused with caramelized pineapple to give it a sweet, tropical and fruity finish, perfect for spring. 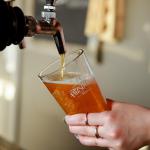 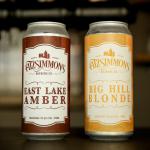 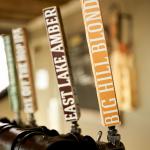 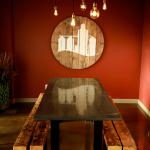 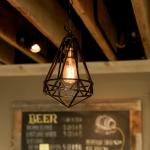 It’s been more than a decade since Chris and Kim Bergman opened the doors of Explosive Edge. They had dreams of creating a space in Airdrie where athletes of all kinds would walk in and go “woah, this is where I need to be.”

The creativity of local people never ceases to amaze us at airdrielife.