The Airdrie Fire Department (AFD) is reminding residents to stay safe in the kitchen after a recent house fire caused $10,000 worth of damage to the structure and contents.

On Dec. 27 at about 2 pm, AFD responded to the report of a structure fire located in the 1000 block of Prairie Springs Hill SW.

On arrival fire crews found light smoke in the interior of a small, two-storey home with heavily blackened windows in the attached garage. 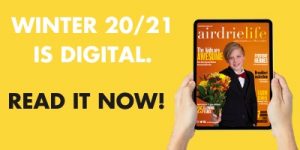 Smoke alarms in the home had activated and two occupants safely evacuated to the street prior to AFD’s arrival.

An additional occupant remained in the home attempting to extinguish a fire which ignited on a stovetop located in a second kitchen area in the garage. This resident was safely evacuated by firefighters.

There were no injuries reported.

The Fire Prevention Bureau has determined the fire was caused by a pot containing cooking oil overheating and igniting on a stovetop.

According to AFD, kitchen fires remain one of the leading causes of fires in the home.

“The public is reminded of the importance of being attentive and safe while cooking,” states a press release from the fire department.

“Never leave the stove or oven unattended when in use. When cooking with oil it is advised that you use a proper appliance designed for deep frying. Ensure that you have residential fire extinguisher which is easily accessible in your kitchen.”

The press release goes on to state that national statistics show that one in three fire deaths occur during the months of November, December and January.

The largest percentage of fire deaths in the home occur at night while people are sleeping. Working smoke alarms can provide an early warning and the much-needed time to escape. Smoke alarms are just one part of an overall home fire safety plan that should also include fire-safe behaviours and creating and practising a home fire escape plan.

Having a home fire escape plan is one of the most important things you can do to protect yourself and your loved ones from fire.

What to do if there is a fire

The Airdrie Festival of Lights (AFOL) is celebrating 25 years of getting their glow on in Nose Creek Park but the pandemic has posed a number of challenges for organizers this year.

Halloween can be safe and spooky with these tips

This Halloween leave the terror to monsters, vampires and ghosts – not the pandemic. From trick-or-treating to outdoor parties, you can enjoy your favourite Halloween activities safely by taking some simple precautions.

Mental and physical benefits of yoga can help reduce stress

Uncertainty in the job market, working from home, distance learning for the kids, cancelled plans, and the ongoing fear of catching the virus - it’s taking a toll on our mental health. These are just some of the reasons people are turning to alternative relaxation methods such as yoga.