As the days become warmer, creepy crawly creatures are starting to wake up and emerge from the woodwork.

They’re hungry, and ready to fill their bellies with Airdrie’s tree population; something about which experts are hoping to help educate people.

“When it comes to trees they enhance the environment, provide sanctuaries for wildlife and help with climate change. The list goes on and on,” says Nicole Glindemann with Precise Pruning.

“The growth cycle of trees is influenced whenever the seasons change, so it is important to keep them healthy.”

Glindemann works with the City of Airdrie on managing its trees in parks and around streets. She says there are a couple of troublemakers out there for which to keep an eye out once the ice starts to melt.

Scale insects in particular emerge as crawlers in the spring before forming a hard shell over them as protection. They pierce trees and suck the sap causing branches to die in large numbers.

A sort of sooty mould forms on infected trees with scales and gives them a blackened appearance.

Ash bark beetles hatch under the bark, where larvae tunnel around disrupting the flow of nutrients in the tree causing its branches to die. 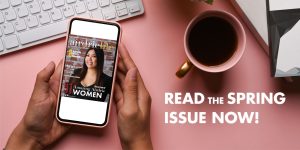 Spider mites, budworms and weevils are some other pests to keep a close eye out for, along with any rough black swellings or knots and red or fire-scorched leaves and branches, as that could be an indication of a fungal or bacterial infection.

Glindemann recommends stepping outside and taking a good hard look at how your trees fared over winter.

“Start by looking at the very bottom; do you see any rodent activity? They’re a pest too. Then take a look at the trunk and branches. If we look close enough during the springtime we should be able to see evidence of some pests emerging or becoming active.”

From there, Glindemann recommends checking that irrigation systems are working properly, topping up plant beds and tree wells with mulch or wood chips and applying fertilizer to tree roots.

Regularly pruning to remove dead branches and making sure trees are getting enough water is also key.

“Overall Airdrie is pretty thoughtful and caring for their trees,” says Glindemann.

“Our tree canopy here does look pretty good compared to other cities. Let’s just make an effort, you know, instead of stopping and smelling the flowers, to stop and look at the trees.”

You have planted the perfect hanging pots and baskets, splurged on unique perennials and trees, invested in a lush lawn and are ready to enjoy your garden all summer long. The trick is to now keep plants looking great all season.

The current real estate market is still trying to find its stability and recent statistics indicate we’re not going to see a significant change in the short term.

Jayman is an award-winning builder with two great semi-detached showhomes in King’s Heights.