This year’s 2017 SLAM on AIR songwriting competition finale on Sept. 16 saw Calgary’s indie rock band Stricken One take top spot. From the first power chord it was obvious they were different.

It wasn’t just their friends and family in the audience waving signs, or their children yelling, ‘Go, Dad.’ It was the way the four-man band connected on stage.

“We’re very good friends,” explains guitarist Danny Pannett. “We’re passionate about what we’re into, and we also love each other.”

Lead vocalist Sean Abell, whose powerful wrangling of their songs was flawless, agrees with his longtime friend.

“We’re very good friends. We’re passionate about what we’re into, and we also love each other.”

“We have our music, but it’s our friendship that holds that music together.”

The four go camping together, their families are friends, and, as bassist Danny Lauber explains, “We just fit together, even outside of the band.”

Their drummer, Tim Power, who was unable to attend the interview, would agree, Lauber says.

They all have day jobs: Pannett, the only member who doesn’t live in Calgary (he lives in Swalwell, near Linden), installs irrigation systems; Abell works for a communications company; Lauber installs IT systems; and Power is a house painter.

Stricken One started as a cover band, but they eventually began writing original music with Abell penning the lyrics.

“I’ve always been a lover of music,” Abell says, “but writing with these guys, I find it really easy to bring that part of me forward… and they bring what they have to it.”

With the exception of Power, who joined two years ago, they’ve been playing for several years, headlining or fronting various Calgary bands. They’ve also released an EP.

Winning the SLAM on AIR competition, though, is a big deal for Stricken One, says Lauber.

“It’s the biggest contest we’ve ever been in.”

Abell laughs in agreement: “And we’ve entered a lot of contests.”

It was Abell’s wife who saw the ad for the competition in a newspaper.

“She said, ‘You guys should really do it. It looks really, really good.’”

They submitted one of their songs, Despite, which was chosen for the competition.

“We got the nomination,” Lauber says, “and we said, ‘Wow. We really didn’t expect that.’”

The prize package came with $1,000 the band is going to put toward recording an EP of new material.

“We’re putting it right back where it belongs,” agrees Pannett.

“Now that we’ve got a feel for having our name out there,” Abell says, “we want more.” 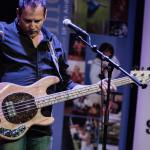 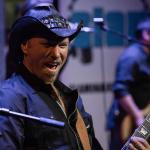 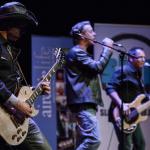 PETLIFE-How big is your dog’s world?

Puppy season is upon us! Life is full of cuteness, squeals, gasps, disasters and oodles of advice, especially on how to get them socialized. What exactly does that mean to you? Consider how your dog’s world looks to them. What environment do we want them to live in and be comfortable with?

Kevin is a husband, father and heavy equipment operator with a glowing personality, a practical approach to life and a wonderful sense of humour. His wife Chrissy told me that she nominated him for this makeover because “he is really very handsome but it doesn’t show because of how he dresses.”