Chandra Baeuchle, doing it her way

Chandra Baeuchle has a simple rule she lives by.

“I’m very much a DIY person. I’m trying to use what I have to my advantage. That’s one of the (rules) I go by.”

Baeuchle, who has lived in Airdrie since she was a child, has graced the pages of airdrielife before.

Both she and her younger sister Alena were featured in a 2012 article when Chandra was 19, and in her second year at the University of Calgary working toward a degree in music.

The two siblings, both passionate about music, performed together as a duo called Arrow.

That was five years ago.

“We haven’t been doing it as much, because she’s busy with her last year at university,” Chandra explains, “but once (Alena’s) done, she’d like to get back into it.”

“Then we’ll see where it takes us,” she says laughing.

Chandra graduated in 2016 with her Bachelor of Music, majoring in voice, and has her own business as a music instructor (voice and piano), singer/songwriter, and as an artist and graphic designer.

“I’d like to find a way to bring it together into one package,” she says in true DIY fashion.

Chandra’s latest project, an original single called No Shadows, is as close as she’s gotten to her ideal.

For the project, which has seen radio airtime and can be purchased on iTunes, she designed her own website, wrote, arranged, preformed, and recorded the piece, and provided the artwork for the cover.

No Shadows is simply Chandra on piano recorded with Apple’s GarageBand, but she offers a tightly woven blend of world music, jazz, electronic, and scat anchored by her smooth vocals that at times become as much a part of the musical tapestry as the instruments.

She’d also like to do her own music video for the song’s theme of vulnerability.

“Maybe some sort of motion graphics,” she says laughing. “I’m still trying to figure it out.”

It’s this drive that pushes Chandra to experiment beyond what she and her sister were doing as a duo.

“I’m very much discovering different areas where I’d like to expand even more. I’m not a hundred per cent where I want to be with my style and genre.”

That’s one of the challenges, she admits.

“I like music so much that I want to bring (it into everything) that I do.”

“It’s not that I don’t like popular music; I just try to follow what feels authentic and genuine to me, because I feel that people can tell when you’re just doing it to be popular.”

In keeping with her do-it-yourself strategy, she has a definite plan for the future.

“I’d like to advertise my music to people in the film and TV industry. I’ve always thought that’d be really cool.”

But that’s a story for the next five years. 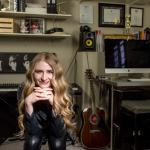 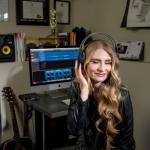 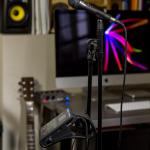 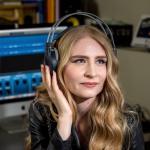 What better way to warm up to 2021 than with a wonderful new wardrobe from Seven Saints Boutique or The Store Upstairs Boutique?

A local couple is bringing the flavours of Montreal to Airdrie and local residents say the deli is a cut above.

How many bras should you own?