With a build-your-own taco bar and plenty of balloons, cupcakes and bright-orange T-shirts, the 2018 Awesome Airdrie Kids were celebrated at Woodside Golf Course Thursday, Jan.  24.

The party was the wrap-up for the second annual program, created by airdrielife magazine, that saw its number of nominated kids between ages six and 14 almost double.

Each child was presented with a certificate declaring them “completely and totally awesome,” an orange “I’m awesome” T-shirt and a Sullys gift card.

In addition, airdrielife, through the program sponsor Chinook Gate, will donate $50 on behalf of each child to the charity of their choice.

The 2019 Awesome Airdrie Kids (with their respective charities) are: 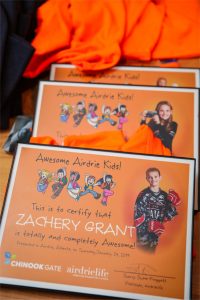 The Awesome Airdrie Kids were created in 2017 by airdrielife publisher Sherry Shaw-Froggatt and Nic Lacoursiere, a local fitness trainer. “Nic asked me to create a program similar to the Amazing Airdrie Women because she kept hearing about so many great kids in the community,” says Shaw-Froggatt. “It was a brilliant idea and one that we are so happy has come to life. All of the kids this year touched my heart; they exemplify what is good in the world and give us all hope for the future. It’s very telling how much these kids care by the thought they each put into their pay-it-forward donations. These kids are truly awesome.”

Most of the 18 Awesome Kids can be seen around the city over the year at various events like the Airdrie Children’s Festival (June 1 and 2) and airdrieFEST (Sept. 7). If you see them in their bright orange shirts be sure to say congrats on being so awesome! 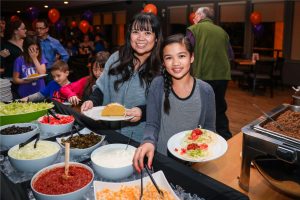 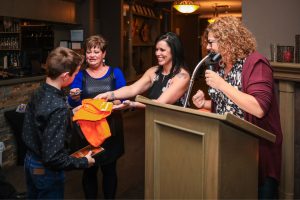 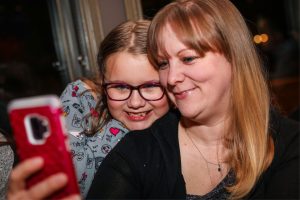 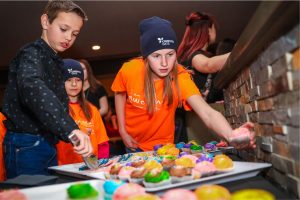 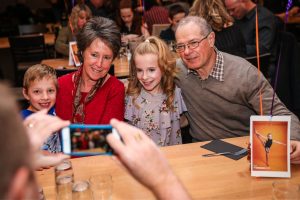 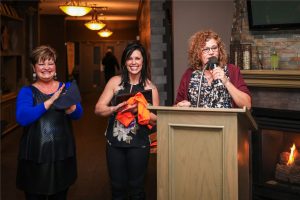 Everybody can play this game!

Forget the 'F' word; this isn’t your backyard barbeque, throw-around-the-Frisbee game of catch. In the right hands, disc golf has become a legitimate serious sport.

Meet some of Airdrie’s skating sensations who demonstrate their winning attitudes both on and off the ice as members of the Airdrie Skating Club.