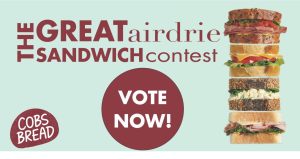 We have some mouth-watering submissions for the Great Airdrie Sandwich Contest.

Check out the finalists below and VOTE for your FAVOURITE. Our winner will receive a $250 COBS gift card and YOU could win a $50 gift card just for voting!!!

Here are the entries – read through and vote at the end. Be sure to fill out the entire form to qualify to win the gift card!

Cinnamon chip bread made into French toast layered with banana peanut butter and Nutella sprinkled with icing sugar and served with a side of maple syrup. 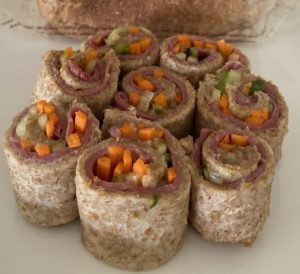 We used COBS whole wheat bread for this sandwich creation. My grandkids love finger food and are tired of typical sandwiches so I love to get creative. This sandwich is inspired by the idea of sushi rolls. Even though my grandkids don’t eat sushi, I thought it would be a great idea to flatten the bread, spread a thin layer of cream cheese (or butter) on the bread, and load it with their favourite toppings. In this picture, you will see we used pastrami, carrots, and cucumbers, rolled the bread, and then cut the bread into rolls. A yummy creation for bridal showers, lunchboxes, or even a party. 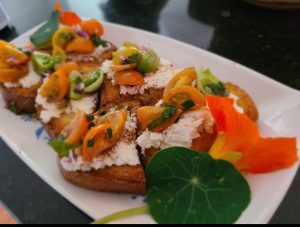 Getting the best loaf of fresh Bread Sour dough from COBS. Putting 3 different kinds of meats adding tomatoes, cucumbers, lettuce and mayo. There is nothing better than making these and going for a picnic with your daughter, son and grandsons at the zoo. 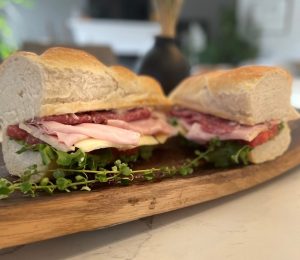 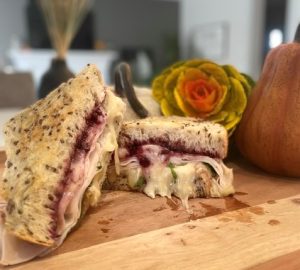