After more than a year, the Straschnitzkis can say they are home.

In the wake of the Humboldt Broncos hockey team’s tragic bus accident on April 6, 2018, survivor Ryan Straschnitzki and his family have been mostly living in an Airdrie hotel. Meanwhile, their home was renovated to be more accessible for Ryan, 20, who is now restricted to a wheelchair.

As of April 27, the chapter of living in limbo has closed, and the family of six (Tom and Michelle, and kids Ryan, Jaden, Jett and Connor) were welcomed home by about 200 friends, family, volunteers, trades and media attending their open-house homecoming.

It was a year to the day since family friend TJ Stewart sat down to envision what could be done with the dwelling with West Ridge Fine Homes, affiliates of The Holmes Group (of TV home renovation personality Mike Holmes fame).

“I wish it was something I never had to do,” says Stewart. “But I’m glad it’s over, and I’m happy for the family.”

He helped co-ordinate many of the efforts, which saw the 2,200-square-foot two-storey home, plus half that footprint again in the basement, be “95-per-cent” renovated. Big changes included an elevator, walls moved on the main and basement levels, a new kitchen, and lots of paint and finishing touches with hockey memorabilia.

“None of this would have happened if it wasn’t for everybody stepping in and keeping their head and their heart in the game,” says Stewart, thanking volunteers, plus West Ridge Fine Homes, The Brick and California Closets that helped finish the dwelling.

He estimates about 15,000 hours were put into the project.

West Ridge Fine Homes owner Marc Lehouillier says it was an impactful job of which to be a part.

“It gives us just a lot of gratitude to be given the opportunity to help with the family,” says Lehouillier. “I think the response from the entire family … sure makes it worthwhile. At the end of it, it’s pretty inspiring.”

There were lots of “wows” and Michelle had plenty of happy grateful tears.

Ryan couldn’t believe the results. “We’re going to have so many playoff parties here!” he exclaimed when seeing his basement living space for the first time. 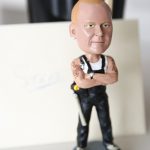 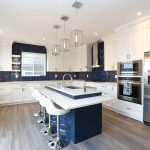 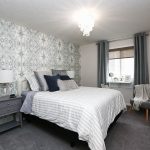 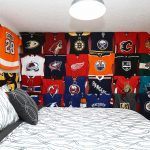 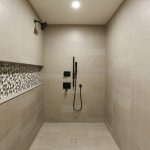 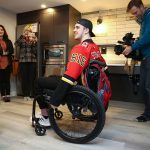 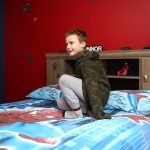 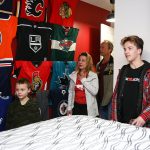 Buying a new home is one of the most exciting times of your life and Excel Homes understand that this decision is not made without care, you work hard and so do their homes.

Window treatments are integral to the beauty of any space.

Whether you’re gaining square footage or downsizing your living space, you’ll be levelling up and living your biggest lifestyle in Lanark Landing.